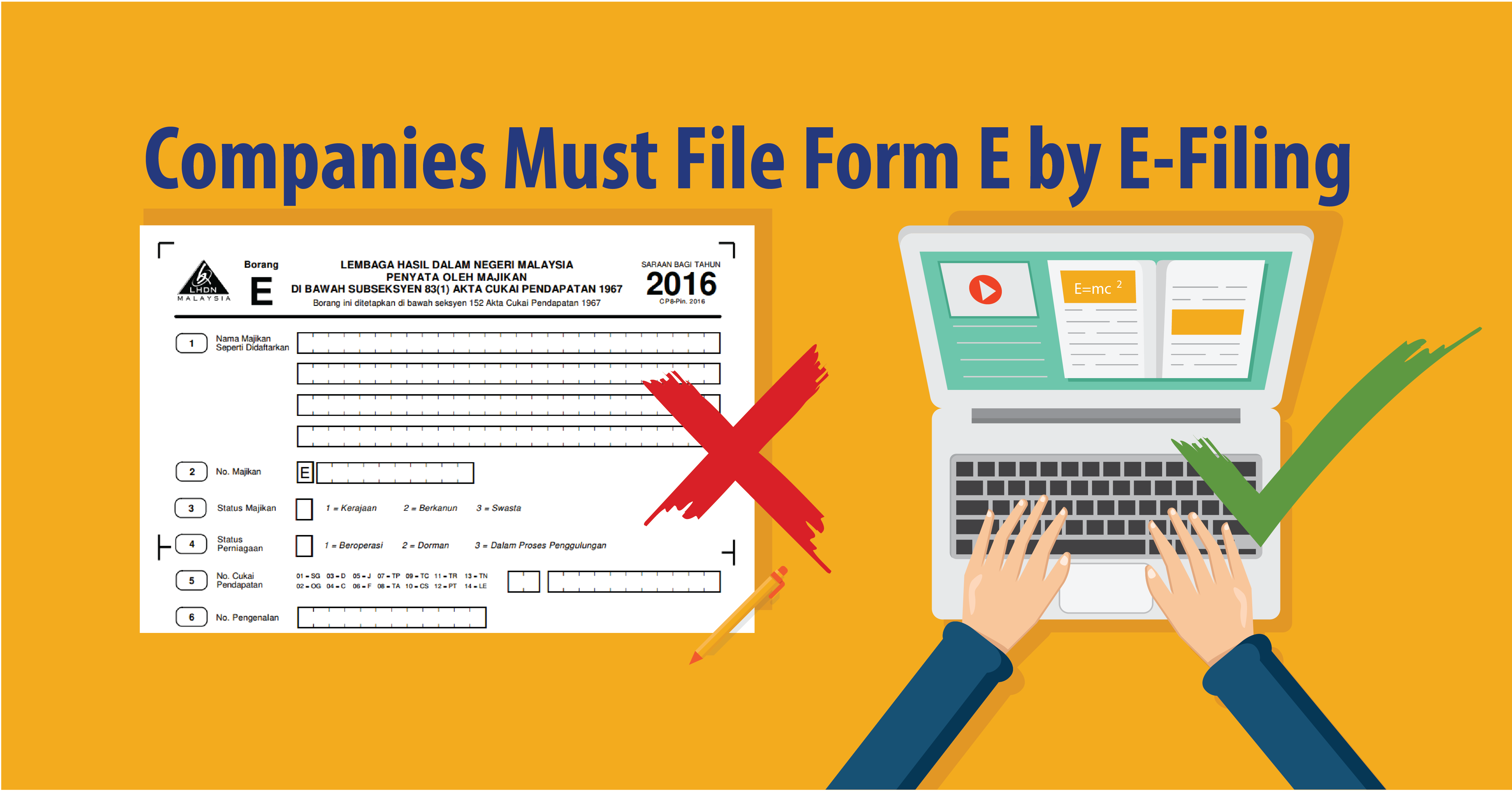 Due Date for Submission of Form E

Companies which are dormant and/or have not commenced business are required to furnish the Form E with effect from year of assessment 2014.

FORM E will only be Considered complete if C.P.8D is Furnished 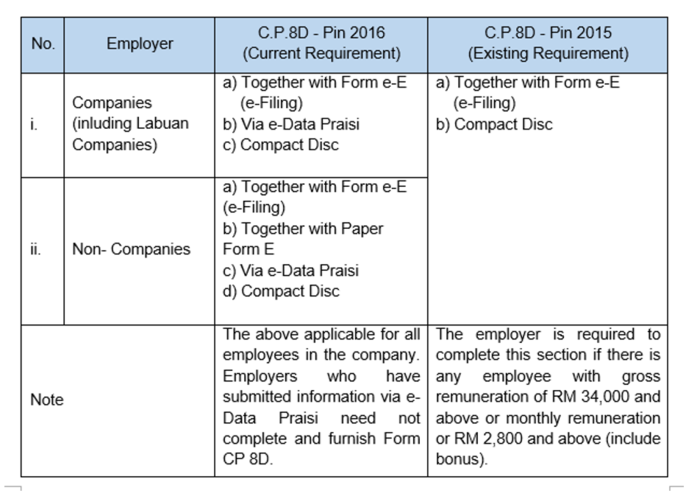 What is E-Data Praisi System?

Penalties up to RM20,000 or 6 Months Imprisonment

Please be advised that it is the employer’s responsibility to complete the form E and return it promptly to the Inland Revenue Board.

Penalties ranging from RM200 to RM20,000 or to imprisonment for a term not exceeding 6 months or both will be imposed if you fail to comply with the stipulated filing date.

Employers are reminded to prepare and provide the Yearly Remuneration Statement (EA and EC Forms) to all employees by 28 February 2017 to allow them to complete and submit their Income Tax Return Forms within the stipulated time frame.

With the introduction of Section 83A in the Income Tax Act 1967 pursuant to the 2012 Budget announcement, every company is required to prepare and provide copies of the prescribe form (Form CP58) to its agents, dealers or distributors.

The Form CP58 only needs to be prepared and issue by the payer company to agents, dealers, or distributors if the total value of monetary and non-monetary incentives for the calendar year is more than RM5,000/- per annum.

Monetary and non-monetary incentives received by agents, dealers or distributors are considered as business income and should be reported in the year of assessment the incentive is received.

The deadline for providing Form CP58 is not later than 31 March of the following year in which the incentives were paid. For more detail, please visit the IRB website:

Failure to prepare and furnish the statement to the relevant agents, dealers or distributors within the stipulated deadline is an offence and shall, on conviction, be liable to a fine of not less than RM200 and not more than RM20,000 or to imprisonment for a term not exceeding 6 months or both under subsection 120(1) of the same Act.

This article is shared by YYC. We found many SMEs are unaware that they are required to submit Form E, while the Inland Revenue Board has announced the new version of EA Form.

Therefore, besides article sharing, YYC is also holding a Form E workshop to guide you on how to fill in the Form E correctly and guide you on the new version of EA Form.

- To educate business owners on how to fill up Form E & EA correctly
- a Requirement Walkthrough Check on whether you have prepared all the documents required
- Be aware of the submission deadline
- Be aware of penalties for late submission.
- Monthly Tax Deduction
- Form E & EA
- Common Tax Issues Arising From Employment Income