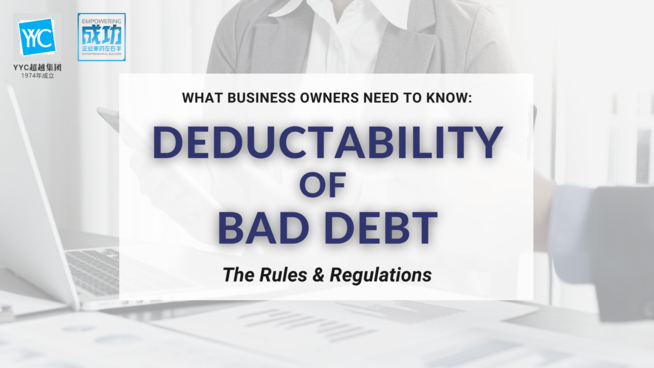 Trade debt which is irrecoverable either wholly or partly are allowed as a deduction in ascertaining the adjusted income of a business. Trade debt is a debt that arises from the sales of goods or services and has been included in the gross income of the business.

Subsection 34(2) of the ITA allows a trade debt which is reasonably estimated to be irrecoverable either wholly or partly, to be deducted from gross income in computing the adjusted income of the business.

Where a trade debt is written off as bad or an amount of debt which is estimated to be irrecoverable has been subsequently received, the total debt which is recovered shall be regarded as a gross income of the business since deductions have been made in relation to the debt and such estimates (provision)

Trade debts which have long not been paid and have been identified as wholly irrecoverable are known as bad debts. Typically bad debts will be written off and claimed as deductions in ascertaining the adjusted income of the business.

Sound considerations as follows should be taken by the person carrying the business before a trade debt can be written off.

i. Steps taken to recover the debt 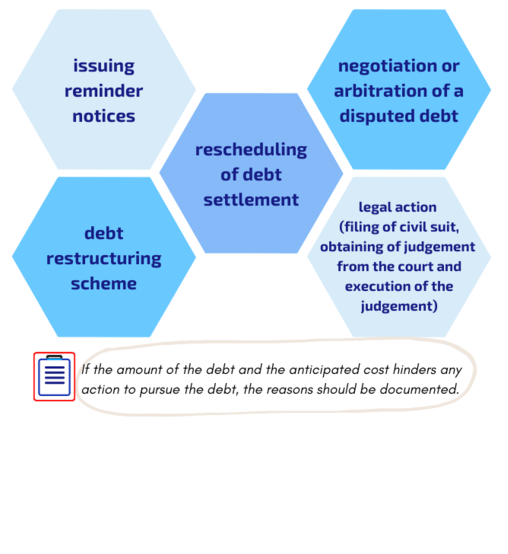 ii. A debt can be considered as bad in the following circumstances: 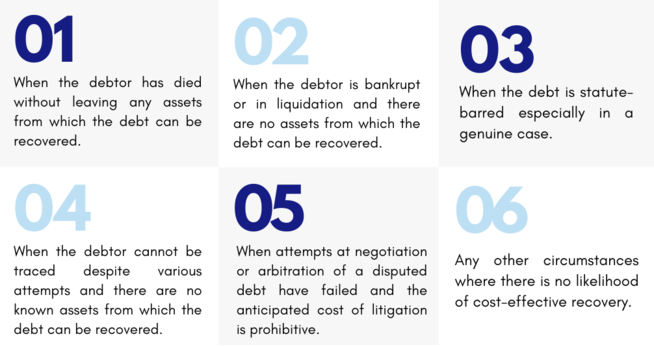 Trade debts which are reasonably estimated to be partly irrecoverable in which the debt is doubtful to be fully recoverable. It is a trade debt that has not yet been paid off but has the hope to be partly recovered. (paragraph 34(2)(b) of the ITA).

Subsection 34(2) of the ITA allows a provision made for trade debts which are reasonably estimated to be irrecoverable as a deduction in ascertaining the adjusted income of a business.

Circumstances Where Irrecoverable Debts Are Not Allowed as Deductions:

Back to Business Article